Now we are into our final month of The Yacht Social Club season it's time to announce the DJs who will be manning the wheels of steel for our final three sold out parties.

First up on Saturday March 11th we have ¿abriel aka triple J unearthed Klue who is one third of hip-hop electronic band True Vibe Nation. He'll be joined by his partner in crime on FBi radio show Bare Necessities, Sam Z.

Next up on Saturday March 18th we welcome back HYH stalwart Ben Ashton aka B_A. This will be Ben's fifth outing for us having played at our very first event, The Beach, and played 3 times for us on the last two season's of The Yacht Social Club. There is good reason we keep asking him back! He'll be joined by Ricky Cooper aka DJ Tricky, head honcho at one of our favourite festivals Return to Rio. Last time these two played for us together was one of the first yacht parties, and if that day was anything to go by you can expect something very special!

Finally, for our season closing party on Saturday 25th March we welcome a very special headliner With a CV boasting residencies at some of Ibiza's biggest and best parties such as Carl Cox's revolution, We Love @ Space & Defected @ Ushuaia, Mo'funk is highly regarded as one of Australia's talented and respected DJs. After seeing him tear up the main stage at Lost Paradise festival recently we knew we had to book him! He'll be joined by someone else who also smashed it at Lost Paradise, rising star of the Sydney house scene, Jennifer Jennifer. We have no doubt these two will be helping us see out the season in style! 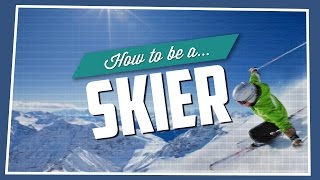